As we slowly get back to normal after the pandemic lockdowns, suggesting a meet up over a cup of coffee with a coworker, friend or date will become more common for many of us. So what about that cuppa joe or fancy coffeehouse beverage? Can you enjoy it guilt-free or are there aspects you should be aware of?

Even if you drink your coffee black, you could still be raising your blood cholesterol by overdoing the coffee. Australian researchers found that long-term, heavy coffee consumption – six or more cups a day – can increase the amount of lipids in your blood to significantly heighten your risk of cardiovascular disease.

The study, published this year in the journal Clinical Nutrition, found that coffee contains a cholesterol-elevating compound called cafestol. While drip coffee that is made with a coffee filter does not pose a problem, unfiltered brews such as French press, Turkish and Greek coffee and espresso (the base for most barista-made lattes and cappuccinos) does.

The researchers advise people with elevated cholesterol or those worried about getting heart disease to choose filtered or even instant coffee over the others.

Top much coffee during pregnancy may lead to the child having behavior problems later in life. This is according to a study in the journal Neuropharmacology published in February 2021.

Previous generations of women were warned against overdoing caffeine during pregnancy in order to reduce the risk of miscarriage or preterm birth. This new study suggests expectant mothers who consume any coffee may be more likely to have kids with behavioral issues later in life. These include attention difficulties and hyperactivity. Of course, behavior issues can also stem from family history and certain social and economic factors.

The American College of Obstetricians and Gynecologists suggests women limit their caffeine intake to 200 milligrams a day – about two 6-ounce cups – during pregnancy. The study suggests even this amount may be too much.

Coffee brewed at home generally runs 80-100 mg per eight-ounce cup. Even decaf coffee contains a little – between 2 and 15 mg caffeine per 8-oz serving. You can go to your coffeehouse’s website or app to read the nutrition facts for your favorite brew. Prepare for some surprises, however. A grandé (16 oz.) Pike Place Roast coffee at Starbucks contains 310 mg caffeine, according to CSPI.

If you enjoy coffee, limit your consumption to one or two eight-ounce cups a day. Keep in mind that research on coffee’s benefits usually involves plain black coffee. Adding large amounts of milk, cream, sugar and other flavorings might interfere with those benefits and also adds calories – and to your risk of weight gain.

Does the Longevity Diet actually allow you to live longer? How does one follow it? Are there other possible health benefits to eating the Longevity Diet, such as a healthier heart, reduced cancer risk, less diabetes or even weight loss? Who should NOT follow it? Read this piece in which I am quoted.

What Is the Longevity Diet?

The longevity diet calls for eating mostly plants in a 12-hour window, then doing a fast-like diet 2 to 3 times total per year. Find out how this plan, created by Dr. Victor Longo, works in this guide… 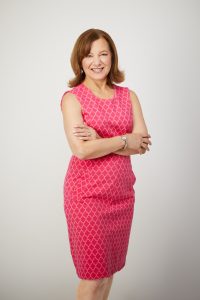